…but who can tolerate the power of a woman

close to a child, riding our tides

into the sand dunes of the public spaces.

When last we left Pokey she was doodling her way towards enlightenment, having at least identified the shape of what might be her journey (remember the labyrinth?) but still looking around for her very own Virgil—meaning, a guide. And since she’d been granted the opportunity to study her stuckness at The Center (see Pokey Leaves Purgatory) Pokey had to stop stalling. Push through. (Yes, I recognize the birth imagery!) Or, to be excessively poetic, answer the questions that beat against her in the dark with their rough wings. Thwwwack. Thwwwack.

So, what were those questions? Pretty simple, really:

Why, if I love my children, don’t I always love being a mother? (Even now, writing that feels like a betrayal, the most shameful of admissions.)

Why, if I love writing, do I not feel like a writer anymore?

What am I supposed to be now, and how do I learn to love it?

As I look back at my emergent Pokey self it’s painful to see how intensely confused and alone I felt as a young mother. A young Mother And…as I’m calling it, now that I have the AND more firmly battened down. I was desperate for company, for connection and understanding. I joined breastfeeding groups and baby-massage groups and play groups and met some nice people, learned a few tricks, was slightly less bored. I was also told by my local La Leche League “leader” that my problems with breastfeeding were probably my own fault and no, they couldn’t help me figure it out.

Yes, she really said that.

In these modern times where all kind of Mommy Blogs run rampant, it may surprise you that Pokey didn’t have anybody to grab her and give her a few kind slaps: c’mon, stop being so hard on yourself. You’re doing fine. It’ll get better. That sort of thing.

Well, a LOT has changed in ten years. Where I live in western Massachusetts, for example, there’s now an amazing organization, MotherWoman, that offers meaningful, non-judgmental support for new and not-so-new mothers. I would’ve sold my soul for someplace like that, where I could be heard and hear, and not be thrown out of the good mommies club for admitting I was supplementing my paltry milk output with formula. Gasp! and that I couldn’t wait to have my own bed back. To sleep, perchance to dream…

My search for poems about motherhood of the non-Hallmark variety was similarly discouraging—where was everybody? Was I the only woman poet in the English-speaking world trying to figure this out? Did I really have to choose either Sylvia Plath (despair!) or Chicken Soup for the Mother’s Soul (sunshine!) for company? And more important, why wasn’t anyone talking about this thing that so engulfed me: the fact that writing about motherhood was fraught with taboo, and even if you did write about it, no one wanted to publish it. I’m not saying these poems and poets didn’t exist, but they certainly weren’t front and center. At least, not in Pokey’s neighborhood.

So, now that I’d envisioned the shape of what might be my heroic quest, it was time to wrench myself free from my inertia, set off, and get real with the research. And since Pokey needed to be home in time to pick the kids up from daycare and get dinner going, it would need to be a quick, highly efficient quest. No long odyssey on the wine dark sea for this lady. 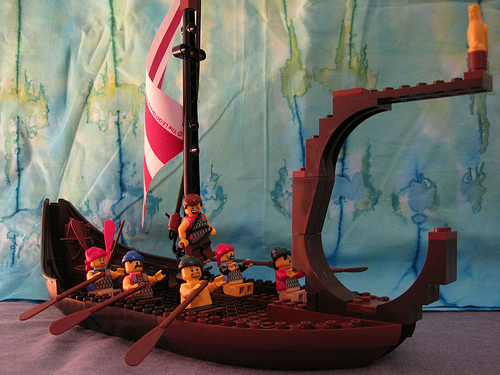 Fortified with naught but a hazy idea, library card, notebook and water bottle, Pokey set out on the long, dangerous trek across the quad to the Mt. Holyoke College library (actually a rather pleasant five minute walk from my office at FCWSRC.)

I love libraries. Little ones. The kind where you march straight to the fiction section, fill your arms with books and spend the rest of the day on the couch munching your way through them. Big college libraries, on the other hand, intimidate me. I spent little time in them as an undergrad, which explains much about my struggles there, but that’s another story. And I’m not good at asking questions, either, so usually have skulk around, get on the wrong elevator a few times and wander fruitlessly in the stacks.

And then there’s the light thing. You know how they have those timers at the end of the stacks? Yeah, it took Pokey a while to get the hang of those; she’d just about have her finger on CP.5723.B2 1973 and the lights would click off, leaving Pokey alone in a long, dark, alley of verse. It felt a little too much metaphorical, and a lot too much like scary movie. 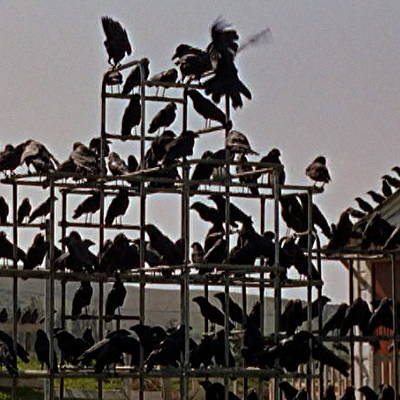 Anyway, I found great poetry, for sure, great women poets, definitely, but not a whole lot to buoy Pokey’s quest. In the dark corridor of the 2000-aughts, the closest I found was an anthology, No More Masks, named for Muriel Rukeyser’s groundbreaking poem:

When I wrote of the women in their dances and

wildness, it was a mask,

it was a mask; when I wrote of the god,

fragmented, exiled from himself, his life, the love gone

it was myself, split open, unable to speak, in exile from

of my torn life, myself split open in sleep, the rescued

beside me among the doctors, and a word

of rescue from the great eyes.

No more masks! No more mythologies!

Now, for the first time, the god lifts his hand,

the fragments join in me with their own music.

The anthology included some amazing mother poems: dark, enraged, celebratory, real. It was good to find poems that weren’t afraid to explore complexity of motherhood, not just the condition of mothering itself, but the condition of woman/mother/writer. Cynthia MacDonald’s, “Instruction from Bly” blew me away, as did Alicia Ostriker’s, “Propaganda Poem” excerpted above and Toi Derricotte’s “The Naming.” These were the guiddesses at hand, and I was grateful, but the anthology was published in 1973: where were the women of my generation and after?

Again, this may seem strange to you young folk born after 1980. In the past five years or so a lot of Mom poets have come out of the closet: strong books are being written (and published) by women about motherhood, and some actually get reviewed. (Henrietta Goodman’s, Take What You Want, and Nicole Cooley’s,  Milk Dress, to name just a couple). Many more women are out there now, writing as mothers, in very different ways. Not just about mothering, in a literal, narrative sense, but in and through motherhood. (If you’re not sure what Pokey means, stay tuned, she’ll be getting to that in another post.)

Point is, these days, we have some choices, other Mothers AND… to look to, and be inspired, and yes—guided by. That’s all to the good. Lest you think, however, that Pokey’s turning Pollyanna and the quest is over—fear not. Or be very afraid. There’s lots more work to do. Witness two of the top articles I found when I googled “woman poet mother.”

The first is a NYTimes piece from 1908, where an irate (and articulate) woman wrote in to straighten them out about Elizabet Barrett Browning in particular and women artists in general. Could’ve been written yesterday.  The other is a piece from April 15 of this year at Psychology Today by Ariel Gore: Can You Be a Writer AND a Mother?

Well reader, can you?

Or, to paraphrase Ms. Ostriker, can you ride your tide into the sand dune of the public space?