So there was Pokey, box of books and laptop in hand, settling into her office at The Center. Through the high plaster walls she could hear other women getting their nests in order, too. File drawers rolled out and back with authority, highlighters thumped into drawers, pens clattered into broken-handled mugs, hot pots yearned for three-pronged outlets.

We were Associates now. No Fellows here, at The Center, and certainly no fellow-ships, but a wild band of women Associates, itching to bust up the place with our research. 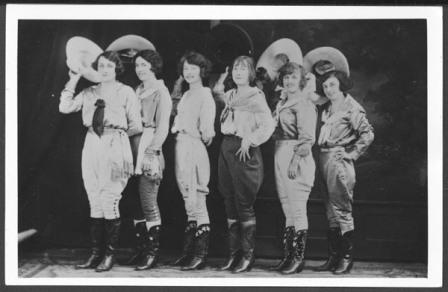 Some of my Associate sisters were, indeed, hot on the trail of some idea or cause at the center of their project. They were PHD’s or post-docs or just more studious (and serious) then I’d ever learned to be. Also, some of them had come here from countries where education, especially for women, was in short supply, and they were not going to waste a precious minute of their time. I was awed by them, and as usual, felt a bit junior. It was hard for me to explain what I was doing there—it felt embarrassingly minor compared to their projects (yes, Pokey excels at invidious comparisons). I didn’t yet know how what I learned (if I succeeded in learning anything) would apply to other women out in the world.

Remember, I’d left Purgatory, but where I was going from there I hadn’t a clue. I heard my heroes—Plath, Rich, Bishop, Moore, Olsen, these poets I thought of as my guides—telling me the only way left was down. These women, some with children, some most definitely not, whispered to me:

Face it. Trying to write and be a mother is hard. In fact, you’ll almost certainly fail, never be heard from again, won’t write, won’t publish, or maybe you’ll stick your head in an oven.

But I also knew that it wasn’t just circumstance that was holding Pokey back. Remember my application essay: What exactly are we stuck inside that closes our mouths? What spell are we under and who has cast it?

What was stopping me?

Now, when Dante was lost he had this guy, Virgil, as a guide. Virgil was a poet!!! I love that. And Pokey needed a poet guide, too, a whole posse of poet guides, preferably mothers. She needed to know she wasn’t crazy or alone, or that she wouldn’t end up crazy and alone. Most of all, she had to figure out why she felt so estranged from her own experience, why she couldn’t value it.

So, while my Associates carried on with their quests I took walks through the Mt. Holyoke campus and sat at my desk, flipping through texts, staring out the window and…doodling. Yes, Pokey spent a good several weeks frittering and dithering. Part of me trusted that despite appearances (not so good) I was going somewhere. I was a writer, writing is a process, everybody’s process is different. Right?

The other (louder) part was freaked out. Pokey, no! You mustn’t waste your time this way! Not again!

I chewed and chewed and chewed on this sorry state, and one day, as I was doodling, this time on a piece of colored paper (woohoo, big doins!) I began to write, starting at the very edge of the page, creeping along the edge and turning the paper at each corner so that what I was writing began to look like a maze. I wrote and wrote, in teeny handwriting, until I got to the center of the page and could go no further.

This is the actual page. I saved it. 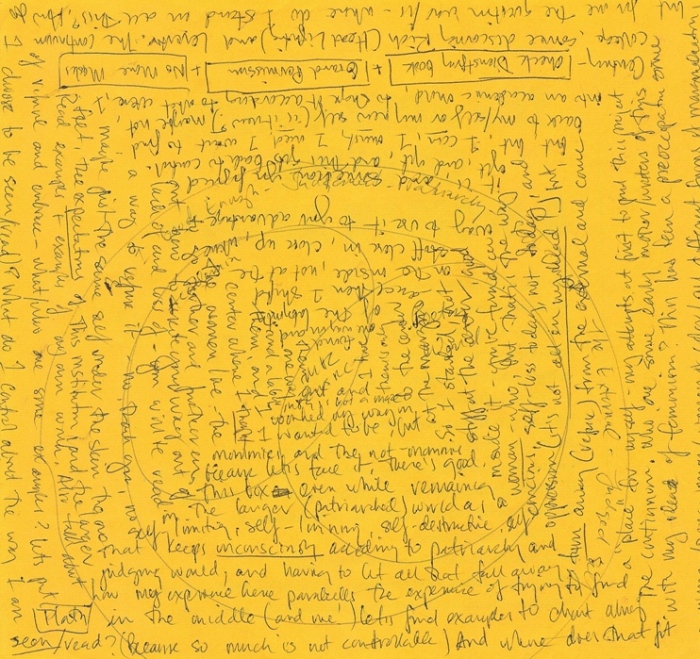 Pokey couldn’t explain why this felt like a breakthrough, but it did. Something about the process felt essential. She could feel it in her body. She looked at what she wrote and it was kind of like a maze, except there was only one way in, and one way out. Not a maze, but a labyrinth.

So Pokey hauled herself off to the library, and this is some of what she found out: the form of the labyrinth, and walking a labyrinth as a tool for meditation and prayer has been going on for a very long time. Labyrinths that were laid out hundreds of years ago with stone markers still exist, and some of the most ancient cathedrals have tile floors inlaid with labyrinths.  (And don’t forget the David Bowie movie!)

The most important thing to remember about a labyrinth is that it’s not a maze. It doesn’t try to trick you, there are no high hedges or walls obscuring the way to the center, and its path is unicursal, there is only one way in and one way out. BUT—though the labyrinth does not deliberately lead you astray, it does meander, thus at times you may feel as if you are moving farther away from the center rather than closer to it.

Maybe Pokey didn’t have a guide but she had a map. And it looked strangely similar to her brain. 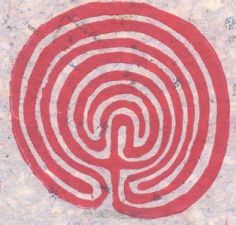 The map told me that even if I was headed down, into the inferno or deeper into the dark woods, maybe I would come back. Don’t get me wrong, Pokey was still scared, she still wished for those mother-poets to guide her, but she had an inkling, a tiny kernel of confidence that she could do this, Warrior-Pilgrim-Associate-Cowgirl-Poet-Mother that she was.

Jorgen Holmuth says in the introduction to his book, Labyrinths & Mazes: “Everything can become a labyrinth…everywhere the centre threatens to disappear…but the message of the labyrinth is to trust yourself—you will find the way.”

One thought on “pokey finds the labyrinth”